As a way to treat illness, yoga's role in U.S. medicine is growing. 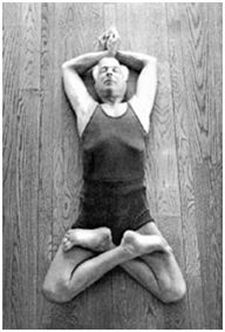 Looking into his eyes, one would never know that Eric Small was diagnosed with multiple sclerosis over 60 years ago. Photographs in his yoga studio show him in complex poses, the kind that takes years of study to perfect. Eric's  lifelong dedication to yoga has given him the stamina, strength and confidence, he says, to live medication-free. Now in his 80s, he has symptoms of relapsing-remitting MS, including loss of vision, fatigue and occasional numbness. But he's also able to sustain a daily two-hour practice in addition to teaching -- most notably others with MS, even some who must use wheelchairs.


Although conventional exercise -- walking, bicycling -- is recommended for many people with health problems, yoga goes a step further, The mind-body connection that yoga can create serves to heal the mind and spirit as well as the body.

In India, the roots of therapeutic yoga go back thousands of years, but the mainstream medical community in the U.S. has been slow to embrace it, considering the practice little more than good exercise. Now researchers have studied its effects on carpal tunnel syndrome, asthma and heart disease, and health professionals have incorporated it into medical programs that offer other alternative therapies, such as acupuncture and massage therapy.

A study in 1998 showed that yoga, more than conventional treatment, helped reduce pain and improve hand strength for people with carpal tunnel syndrome. That same year, yoga was shown to be effective in improving the quality of life for people with asthma.

A study in an issue of the journal Neurology showed that MS patients who practiced yoga for six months had significantly less fatigue than those who didn't practice it. Current studies are evaluating yoga's effectiveness in treating symptoms of chronic obstructive pulmonary disease, depression and breast cancer.

Most yoga therapists and some physicians believe yoga's strengths come from its ability to decrease stress, battle fatigue and increase flexibility and muscle strength, as well as improve one's quality of life. But some believers claim that therapeutic yoga, sometimes done in conjunction with other alternative therapies, can actually cure diseases and conditions.

Although Eric Small needs no convincing of therapeutic yoga's positive effects, he stops short of seeing it as more. "It is a really good management tool for something that medical science doesn't know that much about," he says. "I don't ever proclaim that this is a cure." He urges students to confer with their doctors before deciding to stop medications.
All images and content thereof Copyrighted © Eric Small, 2015  All rights reserved.
Any duplication, distribution or use without written permission is prohibited and a violation of applicable law.